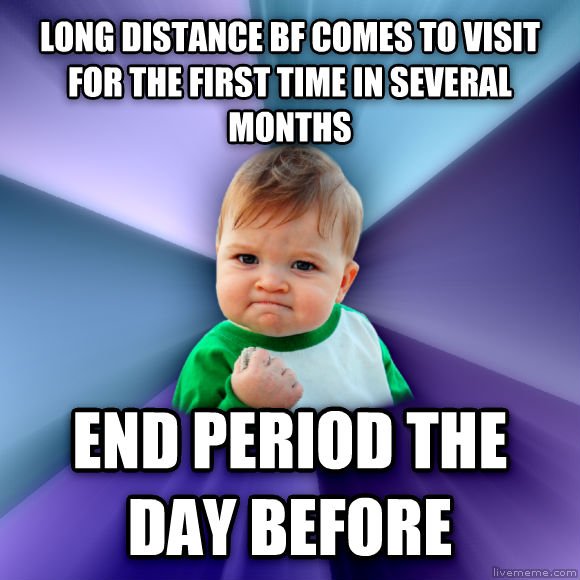 There was a recent survey shared a while ago where single people were asked how long they would be willing to travel to find love. I expected to see people hovering around the hour mark, maybe slightly longer. After all, if you’re interested in someone then you’ll make the extra effort to actually see them, right?

Moving company Hire a Helper recently polled more than 1,000 people of various ages via an online survey and found that around two-thirds (62 percent) of online daters set their radius for matches at 30 miles or less. Millennials were more likely to set an even smaller radius, with about half (49 percent) only considering matches within 20 miles or less.

Thirty-five percent of respondents said they wouldn’t be willing to venture outside of their city in their search for love, 28.5 percent said their match would have to be within their state’s borders, and only a paltry nine percent said they wouldn’t consider distance at all. Men were more likely than women (43 percent versus 37 percent) to say they would only consider matches within the general vicinity of where they live.

30 miles might sound a long way, but really it isn’t. 30 miles might be a half hour drive, or a 20 minute train ride. 30 miles is nothing really when it comes to being with the person you want to be with, which makes people’s unwillingness to travel surprising and depressing.

Personally I’ve only really had two relationships since becoming single which have lasted more than a month or two, and both of these were with women who live well over an hour’s drive away. If the roads were kind, both took about an hour and a half, though I did have journeys of two hours or even more at peak times.

Neither of them drove, either, meaning most of the travelling was done by me, which was better for them as their public transport journeys would’ve taken even longer and involved travelling into London before heading out to me. It was no surprise that time at my house together was somewhat rare, which is a shame as I quite like where I live.

Even those weren’t what many would consider long distance relationships. I’ve known people who made things work despite living in different cities or even countries from the people they were dating.

One friend of mine sees his partner only at weekends as they live hundreds of miles from each other. Every weekend they take it in turns to jump in the car and drive to the other, trying to squeeze in extra date nights whenever the opportunity arises.

These relationships take a little more planning, but for some may actually work out better overall. There are benefits to them which may outweigh the cons, though of course they are not for everyone.

Scheduled time together means you have something to look forward to. However bad your work or normal day-to-day life may be, you will know that soon enough you’ll have something to take you away from it all and enjoy which is special. Anticipation like this can be incredible.

It makes you really focus on your time together and make the most of the opportunity to see them. You don’t spend time simply sitting on a sofa looking at your phone while they watch the tv; you’re in the room with them, actively engaging and maximising your time as a couple.

It encourages you both to be more creative. Whether we’re talking about dates, conversations or more intimate adult activities, you will find yourself planning things in advance because you know they will like it, as will you.

Surprises become a real opportunity. Secretly making a journey to see them unexpectedly is exciting, and the fact you don’t see each other every day makes those gestures more special and valued than ever.

In this day of technology you’re never far from them anyway. Messages can be sent instantly from around the world, as can thoughtful gifts which can easily be delivered at the click of a button. You can watch the same shows at the same time and talk to each other throughout, either through messaging, phone calls or video calling.

You will both have you-time without the pressure of feeling like you should be seeing the other person. Moving from being single to being in a relationship is hard; it’s easy to get used to being alone and happy in your own company, so when someone invades that and puts themselves in all areas of your life that’s tough. Long distance relationships mean you still have plenty of time to be yourself, do what you want to do and go where you want to go. You can study, write or simply veg out in peace and quiet, knowing you’ve got them to look forward to seeing.

And you needn’t always meet up in one or other of your areas. You can both instead travel to a different place and meet there, or even another country for a long weekend. The opportunities are bound only by your ideas and your budgets.

It’s hard not being able to just pop by; you can’t be spontaneous. The further away you are, the less likely it’ll be that you find yourself in the area randomly and able to see them on the spur of the moment.

It takes planning. A LOT of planning. You both have to make sure you’re free and able to prioritise each other, booking journeys and even flights to see each other let alone do things when you arrive.

None of that comes cheap, either. Flights, if not booked well in advance and on a budget airline, can soon become expensive, as can even petrol or train travel. If travel is done equally then this is manageable, but if one side or other feels they are putting all the travelling effort in then it adds extra strain to things.

The pressure to prioritise seeing the other person is big. Sometimes you might just want a weekend off to be alone, or perhaps to see other friends instead of travelling to see your partner. Just a single missed visit might result in not seeing them for weeks or even longer.

You have to have total trust in the other person. Most of their time will be spent without you, so unless you agree to some form of open relationship you need to trust that they aren’t going out dating or sleeping with other people. For those people with trust issues this can be particularly challenging.

It also puts pressure on you to make the most of your time together. You can’t afford to have a bad date or not have sex because you simply never know when the next opportunity to make up for it will be. It’s harder to relax when this sort of pressure is on.

And let’s be honest, there won’t be as much sex as there would be if you lived closer. Sex is good, so less of a good thing is not a good thing.

While it’s not for everyone, I’m actually a firm believer that it can. Whether it’s living an hour or two away or it’s actually international, the benefits outweigh the challenges if you find the right person. Human beings are remarkable when it comes to adapting and overcoming adversity, and this is in evidence when it comes to long distance relationships.

And of course there’s nothing at all to suggest it would be long distance forever, either. If things work out well then one or both people could quite happily move somewhere far more convenient for both and create something new together. After all, when two people ultimately decide to move in together it matters not whether their previous houses were two miles or two hundred miles away, other than on moving day.

So expand your boundaries a little, put some petrol in the car or book that flight. One thing’s for sure; you’re not going to find fewer people you might want to date if you do so.

I've Learned The Most Unlearning Everything I've Ever Known

My adventure to turn heartbreak into hope

The Chronicles of a Happy Divorcée

If I had a power color, it would be sparkle. Landon Brinkley