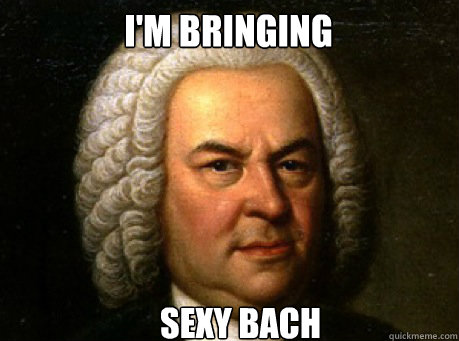 As a Spotify fan, I love to create playlists. Some are full of hits from the 80s, some take me off to the wonderful world of Ska, while others are full of the guitar-based tunes I spent many an evening jumping around to as a youngster. I’ve got a whole list dedicated to songs that make me want to strut or dance down a road.

But one of my favourite lists is one dedicated to the art of the slow jam. Songs you can play and slow dance to, which make you think of adult activities, which bring a glint to the eye when they get played on the radio.

1. The Most Beautiful Girl In The Room – Flight of the Conchords

I’ll admit, this isn’t the most traditional of songs, but hear me out. If you don’t listen to the words it’s simply a beautiful little song, full of light guitars, whispered lyrics and an underlying tone of deep intimacy.

However, listen to the words and you won’t help but smile. And I actually know all the words, so there’s nothing better than gently singing along while looking into someone’s eyes and seeing them realise this isn’t your typical love song. The moment when the realisation creeps in and the smile spreads is amazing, adding fun and humour to a romantic moment. If I were a song in human form, I’d be this song.

In a similar vein comes this classic that everyone loves but few think of. Telling the tale of two people who both want to have an affair actually arranging to have an affair with each other through the personal column of a local paper. Sounds terrible, right?

Well, don’t worry about it too much, it all turns out well in the end and gives you the chance to dance and sing at the top of your voice or quietly in someone’s ear. Winner, either way.

3. Fooled Around and Fell in Love – Elvin Bishop

I’ll admit, I didn’t really know this before I heard it on the Guardians of the Galaxy Soundtrack (which incidentally is one of the greatest soundtracks in all of movie history), but since discovering it I’ve fallen in love with it, ironically enough.

I’ve not myself fooled around with about a million girls, but this song gives me hope that if you keep looking then you’ll eventually find someone both worth your love and who makes you want to love back. Fingers crossed they feel the same.

This song takes me right back to the mid-90s, when I was a shy-ish boy with a crush on Nicola Heale but couldn’t work up the courage to ask her to slow dance with me at Samantha’s Hawkes’ birthday party. Which is probably for the best. I wouldn’t have known what to do if she’d actually said yes.

Anyway, it is the epitome of a cool slow jam, with vocals that are at times so deep that they register on the Richter scale.

I thought I was going to add some Marvin Gaye to this list, but realised that would be a tad predictable so opted for this Peggy Lee classic instead. The haunting echoes of her crystal clear vocals accompanied by the hint of a jazz drum beat, a double bass and some clicked fingers produce a cooler sound than a frozen Bruno Mars.

The images the lyrics bring up as the tone gets higher and higher hint at a rise in temperature and intent that’s intoxicating. Few tracks have the ability to get me as hot under the collar as This particular Fever does, and I’m happy never to be cured.

So those are my top five tracks – what are yours?