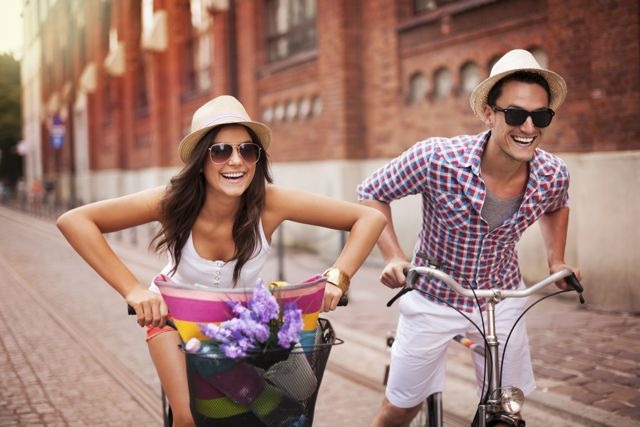 I don’t add another candle to my birthday cake every year. Not because I am refusing to get older, rather because that number of candles in one place at one time is both a danger to life as well as nearly impossible to light, as the first goes out long before the last is anywhere near lit.

I have no problem at all with my age, though. Weirdly, if anything I feel like I’m finally starting to grow into myself. I feel more attractive, more confident and more content than I ever have before. I look back on my younger self and realise how little I knew, but with enough self-awareness to know that I know far less now than I will 15 years further down the line.

I bring this up as I am reading a lot of dating blogs at the moment and am noticing a bit of a pattern. Many of them will discuss their lives in detail, going over their situations and past experiences and mentioning how much wiser they are now than they were as a callow youth. They’ll share words of wisdom which imply that they’ve been there and done it all for years, portraying themselves as the Gandalfs of the dating world.

Then they’ll reveal that they are 21.

Their long-term relationships? Two years. Not only do I have socks older than that, I consider those socks my “new” socks.

Young love and young people dating each other is wonderful. They have lives ahead of them, and a pool of people all in the same boat. They are learning their way in the world on so many levels, from setting up their lives to establishing their careers to moving from education based friendship groups to wider work or sports based groups and more. Even in their mid-20s they are still establishing who they are and what they believe.

I’ll take every bit of dating advice I can get. If there is even one kernel of guidance in there then I’ll absorb it and work it into my way of thinking. However, I feel like I’m missing loads from the dating blog scene. Maybe it’s just me, but not only do I see few honest blogs from guys (at least ones which aren’t all about “picking up hot chicks”) but also from older dating people. And when I say older, I mean mid to late thirties. You know, people like me. (Yes, I know in twenty years I will look back on that phrase and laugh at how young I was back then…)

I don’t see other people talking about the challenges of finding someone single who is  not broken by previous relationships and who is actually attractive and available. I don’t read about balancing childminders with going on dates, nor how to deal with it when someone reveals that they already have four kids themselves. I don’t read about people who are ensconced within their careers but feel a pressure to focus on that instead to block out the constant knockbacks they get, nor those who feel pressured by the fact that they can’t have any more kids themselves so need to find someone who’s okay with that.

There’s a degree of cynicism which comes with age. It’s not defeatist, it’s not saying that all hope is forlorn. It’s not saying that settling is becoming an attractive option simply because it’s the only option. It’s simply acknowledging that, whilst there are a lot of similarities, there is a huge gulf between dating in your late 30’s and dating in your early 20’s. Life experiences change people, make them more likely to put up barriers while searching for someone to help break them down. When you have been through heartbreak you can’t help but know that almost everyone you meet will have their own demons they are fighting, memories they are suppressing, because if they didn’t then they wouldn’t still be looking for love.

I’m not looking to date someone who is starting out on their life journey. Unlike others, I don’t want to find a 19-year-old and act as some sort of weird father figure/lover. I want to date a grown-up, someone who has taken the best and worst of what life can throw at them and who is still standing up and ready for more regardless. I want someone who has battle scars, because that proves they fought and won. You don’t get those as a 19-year-old, though you may feel you do. With few exceptions, experience simply takes time.

So this is a call out. Tell me where I should go to read the words of my peers. I will continue to enjoy following the Millenial generation and learning what I can from them as David Attenborough enjoys following the fauna of Planet Earth, but I want to learn from those who have gone through as much as I have and are still standing defiant.

Stand proud, Generations X and Y. You are not alone.