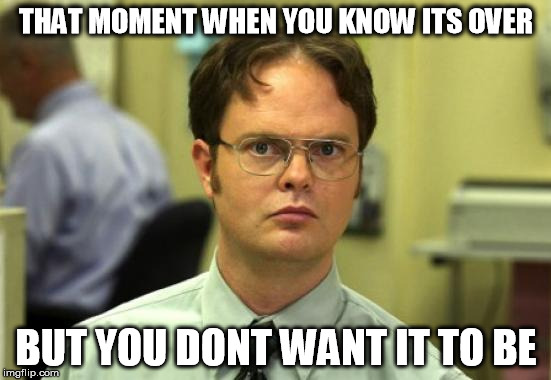 I don’t think I’m going to threaten my anonymity too much when I say that I work in sales in the tech sector. My role involves travelling around London and the South-East, meeting prospects and clients and trying to get them to buy things from my company. It really helps that I genuinely believe in what we sell and the impact it can have, but that’s a different story for a different blog.

After meeting with prospective clients a few things could happen. They might get what we do instantly and get us procured as soon as they can. They might say thanks but they’ve got no budget, so ask me to call them in the future. They might say no (though this is actually quite rare). Or they might do what most of them do and procrastinate.

Buying something new is scary, so plenty of people take their time and go through every process they can think of before saying yes or no. Sometimes this can last months. Once or twice it’s lasted over a year. A year during which I’m getting pressure from my boss and their boss to either get the deal closed or to move on and concentrate my time elsewhere. However big the deal might be, if it’s not going to close then it’s time I’m wasting to some degree or other.

I’ve been taught about something called the “kill email”. It’s only used as a last resort after all else has been tried and failed, and is a simple message sent to them saying (in a few more words than this) “sounds like you’re not ready to buy our platform, which is a real shame. Good luck in the future.”

No “this is your last chance”, “are you really sure?” or “if you change your mind or need more time just let me know”; it’s simply saying the chance is gone thanks to their inactivity. After sending that one of two things happens; either I never hear from them again or they get back in touch almost instantly to apologise for radio silence and delays and reaffirm that they are indeed interested and here’s the plan to move forward.

It has a surprising success rate; probably three-quarters of people respond and move the deal along, with the remainder not being heard from again. The first time this email is sent, with little by way of polite chit-chat and no British-style fuzzy language, is very weird indeed but once you see the results it becomes a lot easier.

I’ve been thinking about this technique recently when it comes to dating. We have all found ourselves in relationships which reach a weird point of plateau, where you’re not quite sure what comes next and whether the other person is as into things as you are. Where you’ve made it clear that you’re interested in taking it to the next stage, perhaps even changing your Facebook status and everything, yet they start pulling away and becoming more and more distant.

Perhaps they don’t realise they are doing it. Perhaps they are scared of the next level. Perhaps they’ve been hurt badly before and still don’t believe that it might, in fact, all work out this time. Perhaps they simply don’t know what they want. Whatever the reason, that doesn’t help you one jot.

Not only are you left in a sort of limbo, not sure where you stand and wondering whether it’s all in your head, but it also has huge opportunity cost too. Every moment you spend in a relationship with them is a moment you’re not able to spend in a relationship with someone else (poly-am or open relationships aside). We only get a finite amount of heartbeats on this earth; every single one which is spent heavy is one that will never be spent happy.

Having that kill email chat is the only way to address that. Having a discussion where you tell them as calmly and nicely as you can that it sounds like they are just not into things, so good luck dating in the future does several things that will help significantly.

Firstly, it gives them a chance to tell you that you’re wrong, that they are into you and do want to step things up or even just affirm the status quo as a positive one. They have the chance to confirm things one way or another and let you know where you stand. If it works out well then it also reminds them that their actions or inactions have an impact on you, and that you are worth more than whatever they were previously offering. Which you are.

Alternatively, it gives them a chance to agree with you, to realise that, perhaps, things aren’t working out and you were right. It gives them an out, one where they don’t need to feel like they are breaking up with you nor you with them, but that things have simply run their course. I’m sure Hollywood celebs would refer to it as a conscious uncoupling, but it’s more a way for you both to end things as positively as you can.

Kill chats which end that way aren’t a reason why it’ll never work out in the future. It could well be that it’s simply the timing which is wrong. In my work, a decent chunk of prospects who say yes have already said no to us in the past; perseverence pays off. Who knows, in future things might be very different for the two of you and you could start again, but if you try to stumble through to that point together you’ll end up apart.

So think about your own kill email or kill chat. Whether it’s delivered via message (not an option I’d recommend) or in person, tell them where you’re at and that you sadly think they’re not in the same place so it’s probably best to amicably part ways. If you’re right then you can both move on, if you were wrong then you can happily move forward together.

Kill chats might be the death of one relationship, but they will lead to the birth of another. It’s the circle of dating life. 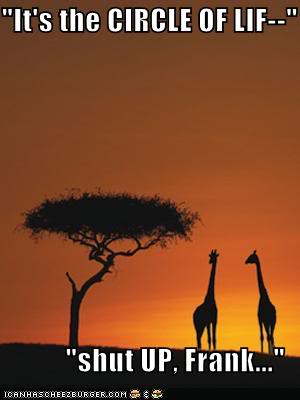 2 thoughts on “The Kill Email”